Congenital heart diseases (CHD) are at the 3rd place amongst death causes in children following nervous system and musculoskeletal apparatus disease. CHD are widely spread around the world (2). Though the previous reports did not find neither time no country based difference in prevalence of CHD (4), latest reports shows increase in prevalence of CHD (1, 5).  According to latest data, frequency of CHD has significantly raised and achieved nine cases per 1000 alive newborns in the last years, affecting 1,35 million of 150 mln newborns annually and posing an important problem for healthcare (1-3).  Such a high rate of CHD, most likely, associated with wide spread tradition of marriages between close relatives (6) and other causes.  There are reasons to suppose that this growth of CHD frequency can be caused by improvement of diagnostics and screening of the cardiac disorders in newborns. Particularly, routine use of echocardiography has led to growth of newly diagnosed of CHD in the adults and in asymptomatic persons. In addition, supposedly, the growth of diagnosed CHD can be caused not only by improvement of technical equipment, but with increase in proportion of the aged mothers.

We suppose that improving of techniques of management in the “complicated” pregnancies can make input to early diagnosis of CHD in newborns. Women with CHD are in high risk of giving birth to children with CHD (6).

CHD in newborns and children is associated with an extremely high death rate. According to the data from Novosibirsk 29% of newborns with CHD die at the end of 1st week of life, 42%   die at the end of 1st month, and 87% die at the end of 1st year if left without intervention (7). In USA for the period of 1999-2006 the mortality rate for CHD was 1.20 per 100,000, and 48.1% accounted for infant mortality, though the mortality rate declined by 24.1% (8). Data on prevalence of CHD in Asia are scarce and report from India showed prevalence of CHD ranging between 0.8-5.2 per 1000 with leading type of CHD – ventricular septal defect (VSD), followed by atrial septal defect (ASD), patent ductus arteriosus (PDA), tetralogy of Fallot (TOF), coarctation of aorta and pulmonary atresia (9).

In Kyrgyz Republic early diagnosis and referral to specialized care of children with CHD in rural and remote areas is a challenging issue, most likely due to complicated economic conditions. There is only one specialized Institute - Research Institute of Heart Surgery and Organ Transplantation, Bishkek, Kyrgyz Republic, which provides high-quality medical care for adult and pediatric patients with CHD. Often patients admitted to our center are at the advanced stages of disease with complications when only palliative medical treatment could be applied. The situation is worsened by lack of qualified specialists in rural areas. There is no accurate statistical data about prevalence of CHD in Kyrgyz Republic.

We aimed to present preliminary data on of frequency and types of CHD in children, obtained through screening programs for CHD in remote areas of Kyrgyz Republic in order to improve quality of specialized medical care.

Overall, 710 children were screened in different regions including 197 newborns, and 513 children of junior pre-school age. We also present data on 1096 (including 465 newborns) patients referred to our center for CHD evaluation.

In the junior pre-school group 41 of 513 had CHD – 4 cases of ASD, 4 cases of PDA, 20 cases had VSD with minimal interventricular flow, 12 patients had perimembranous VSD, 1 patient had  bicuspid aortic valve and in 1 case PFO was detected. In 3 cases mitral valve prolapse with minimal regurgitation was diagnosed and 3 toddlers with lung pathology had pericardial effusion. 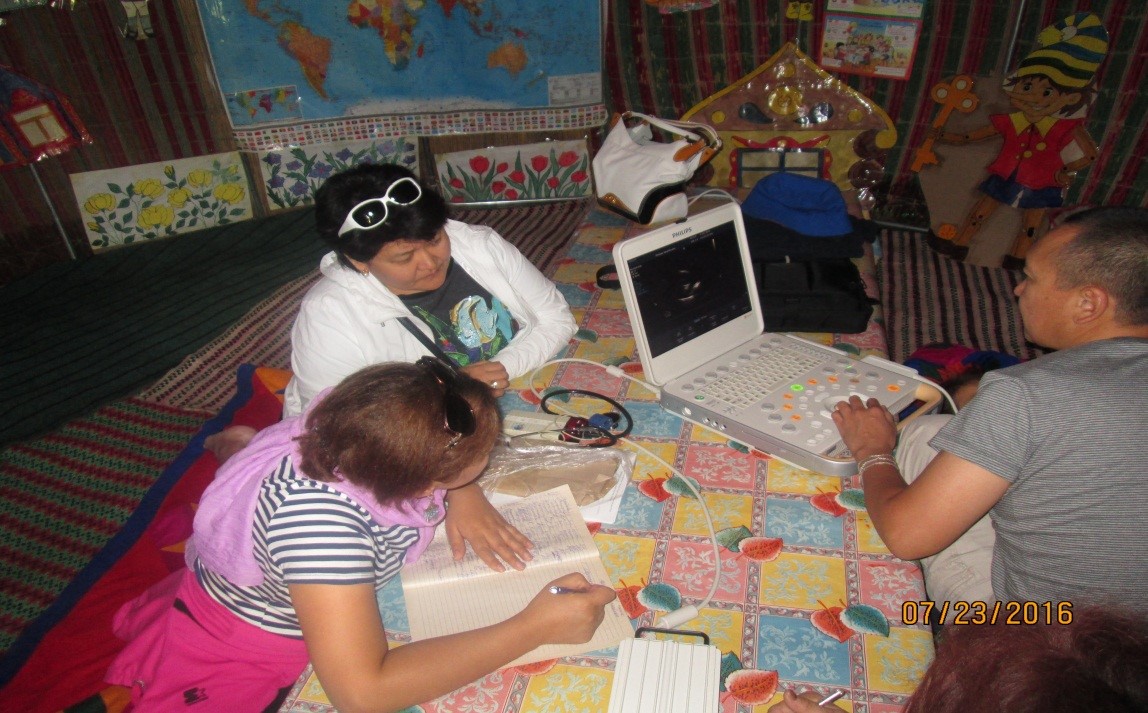 Figure 1.  Examination of children at Jailoo in Issyk-Kul region 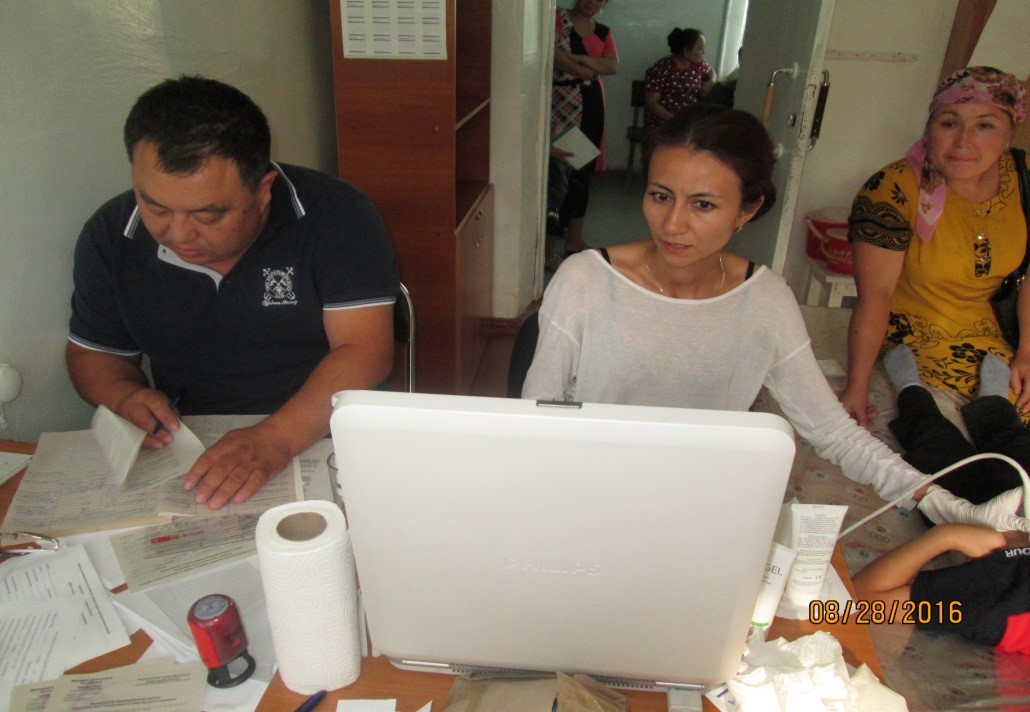 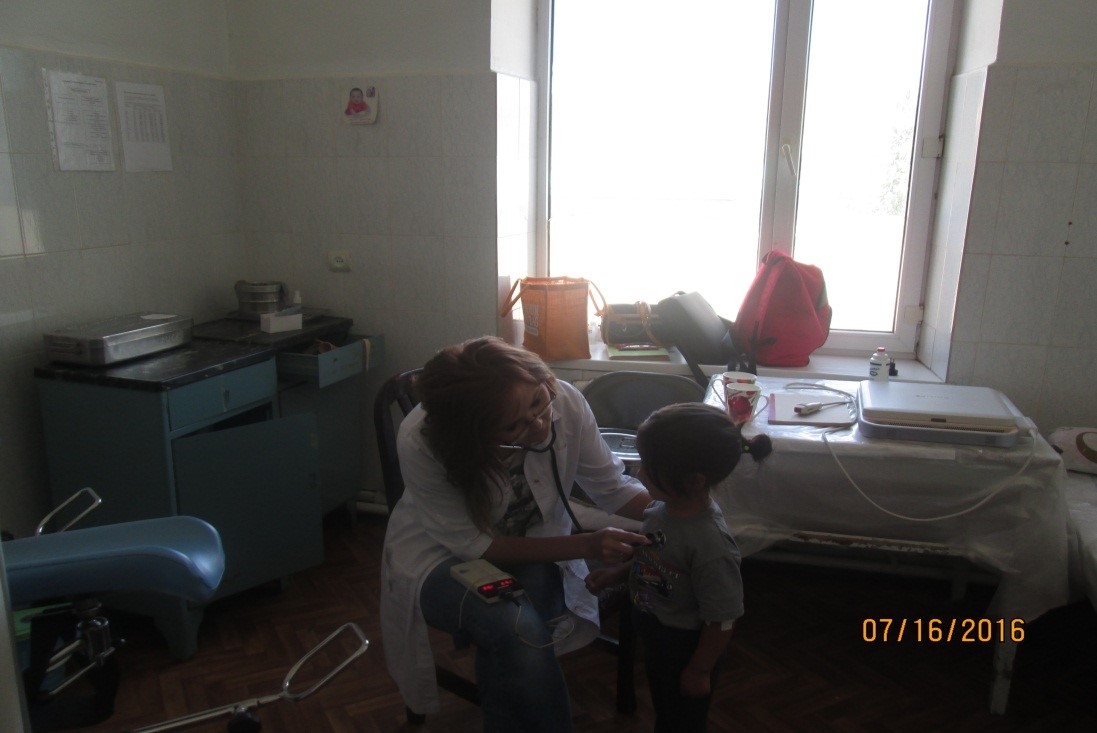 Our study has limitations intrinsic to its descriptive design, there is no sampling of population, being preliminary and it represents the results of screening performed and being conducted at current time as well in different rural and remote regions on demand where there is a need for providing diagnostic care and referral children to specialized canter for correction of CHD. At the same time, our brief report raises the research question on prevalence of CHD among children in Kyrgyz Republic.

Thus, results of initial diagnostic procedures in remote regions of Kyrgyz Republic revealed different frequency of CHD with tendency for increasing in Southern regions. High rate of newly diagnosed CHD in SRI of Heart Surgery and Organ Transplantation may be explained by the referral of symptomatic patients from different regions of country.