This paper presents data on the effect of unilateral and bilateral electrical stimulation of the ovaries in 36 women of reproductive age with polycystic ovary syndrome and infertility on follicular reserve, estimated by the concentration of anti-Mullerian hormone in the blood serum. The results of surgical treatment showed that in the postoperative period in women, both with unilateral and bilateral ovarian cauterization, it does not lead to a critical decrease in the follicular reserve compared with indicators of healthy women.

Polycystic ovary syndrome (PCOS) is one of the common pathologies of the reproductive system of women and up to 94% of cases are accompanied by infertility (1). In case of polycystic ovary syndrome and infertility, there is an imbalance of hormones that regulate ovarian function, provoked by hyperandrogenism associated with the preserved follicular reserve (2, 3). In the treatment of PCOS, surgical (laparoscopic) methods are the main ones aimed at removing excess of androgen-secreting stromal tissue of the ovaries (4). However, by eliminating one of the factors of infertility by classical bilateral interventions on the ovaries, in the form of their wedge-shaped resection or cauterization, it is possible to provoke another, previously absent infertility factor, which consists in iatrogenic excessive reduction of the follicular reserve (4). A compromise option for surgical treatment for polycystic ovary syndrome is to perform surgery on only one ovary, while the prerequisites for an excessive reduction of the follicular reserve are not made available (5,7).

In PCOS, the production of anti-Mullerian hormone (AMH), which is a transforming factor in the growth of beta, increases several times. AMH characterizes follicles at the stage preceding hormone-dependent growth, and the cessation of its production is an important condition for the selection of a dominant follicle (8).

The aim of the study was to determine the state of the follicular reserve of the ovaries by the concentration of AMH as a result of the use of unilateral and bilateral electrical stimulation of polycystic ovaries in women with infertility in the treatment.

For electrical stimulation, the laparoscopic method was used on a device produced by the company of “Richard Wolf Kuze Stors – Endoscope” (Germany) and a monitor made by the company of “Panasonic” (Japan). AMH in blood serum was determined by enzyme-linked immunosorbent assay using test systems of the “Human” company (Germany).

Statistical processing of the results was carried out through the method of variation statistics on a personal computer with the use of the standard software package of applied statistical analysis (Statistic for Windows v.6.0).

As can be seen from the data in Figure 1, the AMH level in the blood serum of women (12.2 (1.9) ng/ml) in the clinical group upon admission to the clinic was actually 9 times higher than the relevant value in women of the control group (1.35 (0.21) ng/ml) (p<0.001). In 4 weeks after unilateral electrical stimulation (cauterization) of the ovary in women of clinical group I, the concentration of AMH in blood serum decreased significantly (3.1 (0.41) ng/ml) compared with the period before surgery (p<0.001) and slightly, but reliably , exceeded the indicator of the control group (p<0.05).

In women of clinical group II, an almost identical picture is observed during this period as in group I, in the concentration of AMH in the blood, namely, the hormone level was 2.4 (0.36) ng/ml, which is 5 times as less than in the period before treatment (p<0.001). Compared with the AMH indicator of the control group, a veracious difference is also observed (p<0.05).

To date, there is no consensus on regulated values of AMH in women. In the studies of D. Dewailly et al.  (10), the optimal AMH threshold limit value of 5 ng / ml was characterized by high sensitivity (92%) and specificity (97%) in the diagnosis of polycystic ovary syndrome. In the studies by F. R. Tehrani et al. (11), the estimated age of menopause was calculated on the level of AMH<0.2 ng/ml. The level of AMH concentration in blood serum accurately reflects the number of antral follicles in the ovaries and is a diagnostic marker of polycystic ovary syndrome (12). 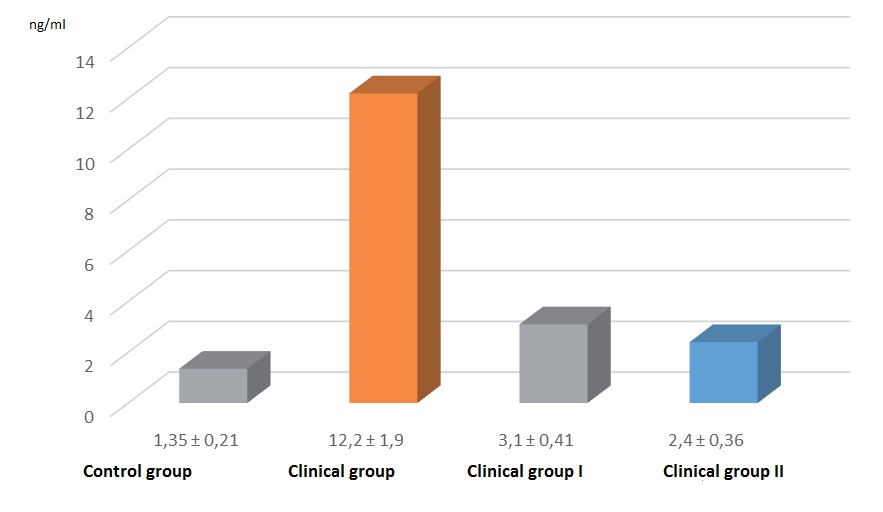 Figure 1. Value of the AMH level in blood serum after electrical stimulation of polycystic ovaries in women

Note: * - p<0.05 differences are significant compared to the control group

(*) –p<0.05 differences are significant compared with the period before surgery

Therefore, when conducting bilateral electrical stimulation of the ovaries in our studies, the critical level of the follicular reserve neither  reached and  nor did it  go beyond the population fluctuations of 0.9-2.5 ng/ml, despite a slightly higher result relative to the value of the control group.

Use of bilateral electrical stimulation of the ovaries in polycystic ovary syndrome in the treatment of women is not accompanied by a pronounced reduction in the follicular reserve.

Authorship: A.O.A., N.T.D. equally contributed to the study and preparation of manuscript