From Editor-in-Chief: On September 2021 issue, hot trials at ESC congress this year, and updates on pandemics

From Editor-in-Chief: On September 2021 issue, hot trials at ESC congress this year, and updates on pandemics 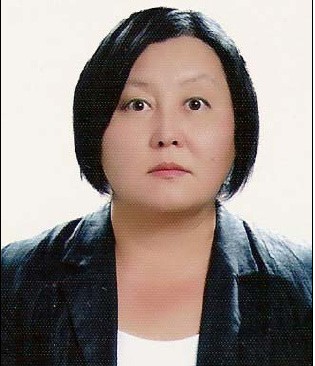 On September 2021 issue, hot trials at ESC congress this year, and updates on pandemics

The 2021 ESC congress had finished few days ago, as always it was full of new evidence-based knowledge:  results of important randomized controlled trials (1) and  four guidelines were presented – on acute and chronic heart failure (HF) (2), CRT and cardiac pacing (3), valvular heart disease (4) and cardiovascular disease prevention (5). You may find  Editorials on what is new in heart failure (HF) management and cardiac resynchronization therapy (CRT) and pacing, summarized by our Editors in this September issue of the journal, the rest 2 guidelines news will be published later online and in December 2021 issue.

Among trials presented at congress several caught our attention being of multidisciplinary interest  (1) .

EMPEROR- pooled trial demonstrated that sodium-glucose luminal  co-transporter (SGLT 2) inhibitor empagliflozin  (drug used in glucose lowering therapy in type tII diabetes) reduced cardiovascular death or hospitalizations   by more than 30% in patients with HF and reduced (<40%)  (HFrEF) or preserved (HFpEF) (>40%) ejection fraction.  Empagliflozin reduced renal outcomes in HFrEF, but not in HFpEF.  Thus this drug confers protection against death and hospitalization in HF patients. These results have not been yet reflected in new  HF guideline, as both guideline and study results were presented at the same congress (1).

Interesting studies on high blood pressure (BP) management were presented at congress and may suggest revising target BP levels and diet modification in elderly with more evidence aggregation.  STEP study showed that systolic BP reduction <130 mmHg as compared to <150 mmHg in elderly population (60-80 years old) reduced primary endpoint (stroke, acute coronary syndrome (ACS),  decompensated HF, coronary revascularization, atrial fibrillation (AF), and death) by 26%, stroke and ACS by 33% each, with no difference in renal outcomes but one should be cautious of hypotension.

Another study on effect of sault substitution (25% KCl and 75% NaCl) on stroke and death in patients with previous stroke or older than 60 years with poorly controlled BP demonstrated that sault substitution was associated with 14% reduction in stroke and 12% reduction in death during 4.74 years follow-up, rate of adverse events due to hyperkalemia was similar in both groups.

In patients with ACS undergoing primary coronary intervention with drug-eluting stenting, there was no benefit of monotherapy with clopidogrel 12 months after 1 month of dual antiplatelet therapy (aspirin plus clopidogrel) for (STOPDAPT 2 ACS trial).   SMART-MI trial pursued question whether implantable cardiac monitoring (ICM) will help to detect arrhythmias early and improve prevention of major cardiac and cerebrovascular events in post-AMI patients with moderately reduced EF (36-50%) and autonomic dysfunction as compared to conventional care. It is known that patients with EF<35% have indication for ICD as primary prevention of sudden cardiac death.  It appeared that ICM monitoring helped to detect arrhythmias with higher sensitivity but lead to reduction of cardiac and cardiovascular events to the almost similar level as conventional care (positive predictive accuracy was the same 62% and 61%). More screening  studies should be done in this category of patients  with additional risk stratifies.

Another monitoring study – LOOP study from Danish registry - in elderly <70 years and one stroke risk factor (hypertension, diabetes,  HF or previous stroke) sought  the detection of  AF (6 minute episode) by ILR  and if detected, early start of oral anticoagulation would reduce stroke, systemic arterial embolism, cardiovascular death or all-cause death as compared to usual care. AF detection rate was higher in ILR group but initiation of oral anticoagulation therapy was not associated with larger reduction of any endpoint as compared to standard care.  May be selection of patients with higher total AF burden or high BP levels will reduce outcomes in future studies.

Interesting studies were presented in the field of  AF management.  It appeared that pulmonary vein ablation was effective in reduction of AF recurrence in patients with persistent AF and atrial fibrosis less than 20% but not in those with extensive fibrosis (DECAAF trial).  This study contributes to limited current knowledge on promising role of MRI guidance for AF ablation, and we should seek also translational approaches targeting atrial fibrosis.

Major steps have been done regarding pandemics, more vaccines are available and vaccinations are ongoing worldwide, including adolescents now, though the new mutations pose current threat. Recent studies showed that unvaccinated people have a 17 times higher risk of being admitted to hospital (6) and  vaccines are effective in prevention of  hospitalizations and intensive care unit admissions (7).

Vaccine availability for all countries is urgently needed (12).