Objective: Continuous inflammation at the level of the vascular endothelium plays an important role in the formation of hypertension. Diurnal blood pressure (BP) variation also is a risk factor for hypertensive target organ damage. This study planned to evaluate these inflammation processes in normotensive and hypertensive patients.

Conclusion: This study showed that normotensive non-dipper patients had inflammation as much as dipper hypertensive patients according to measurement of MPV, RDW systemic inflammation index, PLR, NLR levels.

Causes such as vasoconstriction, remodeling of the vascular wall, and in situ thrombosis contribute to the development of high BP (2). In a remarkable way, there is an increased platelet activation and aggregation in hypertension. Possible underlying mechanism is that platelets with large volume and mass are more active enzymatically. They can secrete more prothrombotic material (3, 4).  Elevated mean platelet volume (MPV) and red blood cell distribution width (RDW)  levels are independent predictors for increased myocardial infarction and also predict death or recurrent vascular events after myocardial infarction (5).

There is not enough information in the literature about the inflammatory profile of different types of  hypertension.

There is the scarcity of  knowledge on  the inflammatory profile of different types of hypertension including white coat and secondary hypertension types.

This study was conducted to reveal this condition in question by assessing inflammation indexes such as systemic inflammation index (SII; platelet × neutrophil /lymphocyte), neutrophil to lymphocyte ratio (NLR), platelet-to-lymphocyte ratio (PLR) which are easily obtained from peripheral blood cells in patients with hypertension and normotensive individuals and to evaluate their association with BP circadian patterns.

The research was performed in accordance with the principles set by the Declaration of Helsinki, the International Good Clinical Practice guidelines and all applicable legal requirements. The study protocol was approved by Tekirdag Namık Kemal University Ethics Committee.

This study, observational cross-sectional cohort in-design, included 151 patients over the age of 18 with a prediagnosis of hypertension. All patients were informed about the study and their written consent was given.

Patients with secondary hypertension, congestive heart failure, cardiac valve diseases, active infection, inflammatory disease, malignancy, renal or hepatic dysfunction that might affect the inflammation indexes were excluded from the study. Also, patients on treatment with statins or other drugs with potential antiinflammatory potential which may interfere with the results were excluded from the study.

Assuming an alpha of 0.05, a power of 0.80, and 20% at least difference in terms of baseline selected inflammation indexes value consistent with previous reports, the estimated sample size was at least 50 patients in each group.

BP and heart rate were measured and recorded automatically by ABPM system (Darwin Professional Medilog; Schiller BR-102, Switzerland). Hypertension was defined as systolic BP>140mm Hg or diastolic BP>90mm Hg in the sitting position as the average of three different measurements at home or office. On ABPM, average systolic BP over > 135/85 mmHg at daytime (awake), average systolic BP over >120/70 mmHg at nighttime (asleep) or in average 24-hour measurements systolic BP over >130/80 mmHg, was defined as hypertension. The device was set to obtain BP readings at 15 min intervals during the day (07:00 am–10:00 pm) and at 30 min intervals during the night (10:00 pm–07:00 am). Patients with a mean of three measurements below 140/90 in office blood pressure measurements and those with BP measurements below the above-mentioned values ​​in ABPM were considered normotensive.

Pre-hypertension (high-normal) is defined as office SBP values 130-139 mmHg and/or diastolic BP (DBP) values 85-89 mmHg at daytime based on 2018 ESC/ESH Guidelines for the management of arterial hypertension (7).

Peripheral venous blood samples were drawn from antecubital vein between 08:00 - 10:00 am after overnight fasting within the first 24 hours of index hospitalization. Complete blood count (CBC) was performed using the Mindray Auto Hematology Analyzer-BC-6800 device (A. Menarini Diagnostics Ltd, Wokingham, UK). CBC consisted of white blood cells count, hematocrit and hemoglobin, MPV and platelet count, and rates of each leukocyte parameter.  C-reactive protein (CRP) was analyzed by an immunoturbidimetric method (Roche Modular P, Hitachi, Mannheim, Germany). SII index was calculated with the formula platelet×neutrophil /lymphocyte. NLR and PLR were defined as the total number of neutrophils or platelets divided by the total number of lymphocytes.

SPSS for Windows Version 22 (SPSS Inc., IL, USA) was used for all statistical analysis. Continuous variables, were expressed as mean (standard deviation), and categorical variables were expressed as percentage. Whether the parameters conformed to the normal distribution was evaluated with the Kolmogorov Smirnov test. One-way ANOVA test was used for comparison of three groups continuous data with normal distribution. In post hoc analysis, parameters with equality of variance according to the Levene test were evaluated with the Tukey test, and parameters without equality of variance were evaluated with the Tamhane test. Abnormally distributed data in the three groups were compared using the Kruskal Wallis test and Mann-Whitney U test was used for comparison of parameters between 2 groups. The Chi-square test was used for comparing categorical variables. .P value less than 0.05 was accepted statistically significant.

Awareness among clinicians on subtypes of hypertension has  recently increased. Many articles mainly focus the etiopathogenesis of dipper and non-dipper HT and causative factors. However, a non-dipper BP pattern is also thought to be a risk factor for target organ damage and cardiovascular diseases.  Therefore, this study primarily aimed to evaluate the importance of diurnal blood pressure variation in normotensive patients by taking dipper hypertensive as the control group.

Previous studies have shown that hypertensive patients (especially the non-dipper group) may have higher MPV and RDW values ​​compared to patients with normal blood pressure (8). Also, in previous studies, it is found a significant increase in MPV among pre-hypertensive patients, which is similar to our study (9). MPV is also a marker of platelet activation and platelet size, which is an independent risk factor for hypertension, myocardial infarction, and stroke (10,11).

In hypertensive patients with increased platelet volume, and  RDW  levels the risk of mortality and stent thrombosis after acute myocardial infarction is increased (12). RDW increases as a result of increased erythrocyte destruction or ineffective erythropoiesis. Changes in the RDW interval can predict other results of cardiovascular disease, including coronary artery disease, pulmonary hypertension, and heart failure.

RDW is a measurement of the range in the volume and size of erythrocytes. RDW, which is a marker of inflammation, is increased in non-dipper and dipper hypertensive individuals compared to normotensive individuals (13). In non-dipper individuals, increased oxidative stress suppresses the bone marrow and causes immature erythrocytes and platelets entrance into the blood circulation, which causes an increase in RDW and MPV (14). In another study, increased C-reactive protein and RDW levels were observed in hypertensive individuals compared to normotensives (15). Overactivity of the sympathetic nervous system in non-dipper individuals may also increase erythropoiesis and affect the stimulation of erythropoiesis (16). Increased angiotensin II levels in hypertensive patients can stimulate the proliferation of erythrocyte progenitors and increase the RDW range (17). In our study, we found PLR, SII, NLR levels, which are inflammation markers, were higher in dipper hypertensive and non-dipper normotensive groups compared to the normotensive group. In addition, LMR levels were lower in these two groups.

Leukocytes, monocytes, eosinophils, and platelets in the peripheral circulation take part in the initiation and maintenance of atherosclerosis and hypertension (18, 19). It was found that high NLR and PLR, SII levels, as well as low LMR levels, could be beneficial to demonstrate the severity of coronary artery disease (20).

Both innate and adaptive immunity, vascular endothelial cells, platelets and, coagulation factors take part in the formation, progression, and complication of atherosclerosis and hypertension. And this study argued that MPV and RDW may indirectly indicate platelet aggregation and activation in hypertensive patients. The difference in condition can be observed in both dipper hypertensive and non-dipper normotensive patients.

Considering that the prevalence of hypertension is increasing today, Holter monitoring is a time-consuming and expensive procedure. Inexpensive, easy to work with biomarkers such as MPV, RDW, or inflammation markers such as NLR, PLR, SII can help us in early diagnosis and treatment. New scoring systems that will be created from these inflammation indexes and biomarkers may be useful in diagnosis and treatment in the future. These results suggest the role of the inflammation indexes and biomarkers in the failure of the expected nighttime drop in BP values because systemic inflammation index may be a noninvasive marker and an indicator of autonomic nervous system functions in these populations.

There are limitations that must be considered when interpreting these results. The patients with advanced heart failure, secondary hypertension, new heart attack, or valvular heart disease were not included in the study. Therefore, the results of our study cannot be attributed to all hypertensive or pre-hypertensive patients. Another limitation of our study is that non-dipper HT patients were not included in the study. The small sample size was also a limitation of the study. So, the hypothesis should be tested in a larger trial. And, the conducted analysis does not allow answering the question: whether the obtained data are independent of age, diabetes mellitus, and hyperlipidemia. Furthermore, this study is a pioneer call for further research.

Authorship:  N.E. and C.A. are  equally contributed to preparation of manuscript and fulfilled authorship criteria 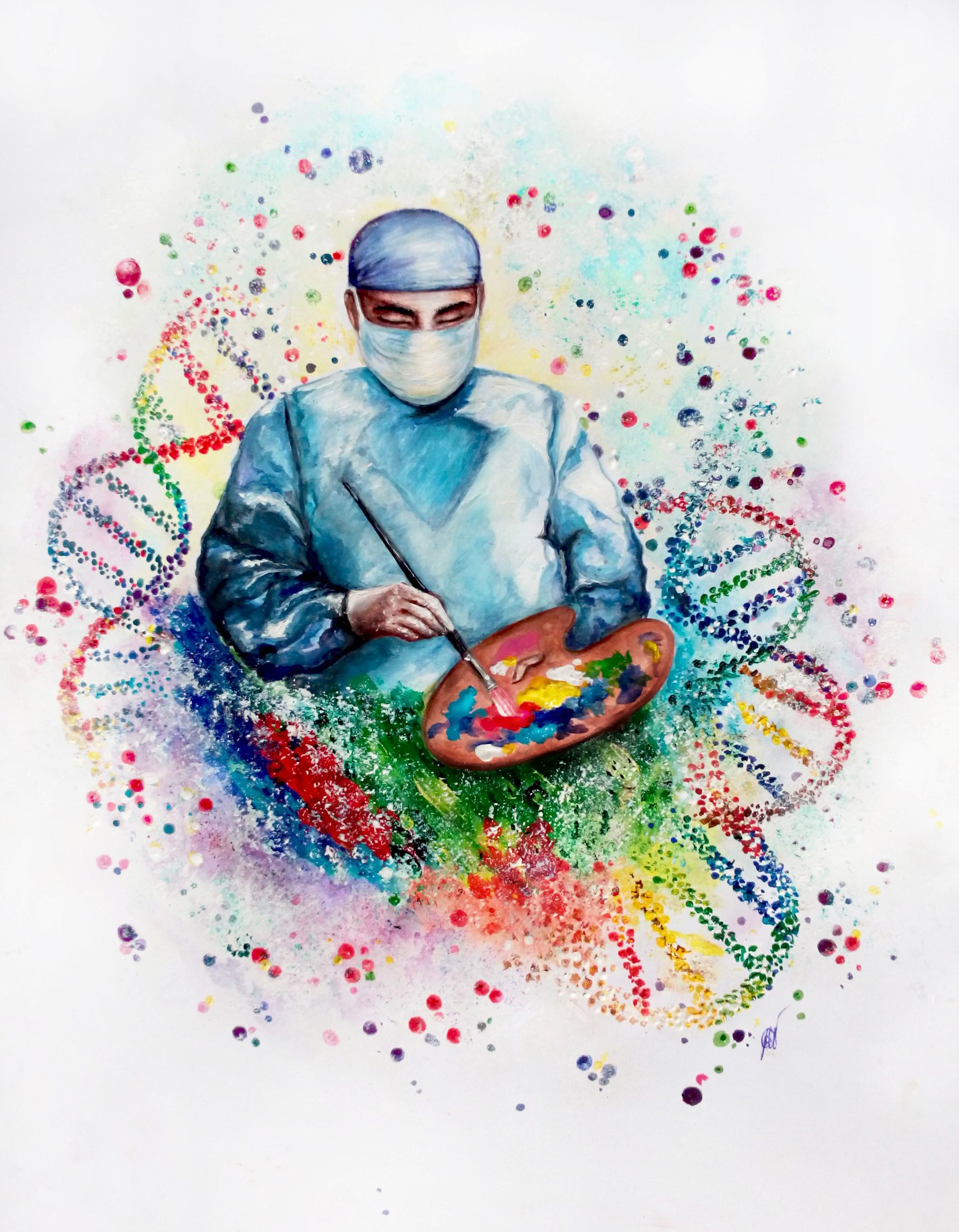 You must agree that often each of us experiences moments of sadness, despair, hopelessness. Domestic problems, the disorder in your relationships...This is such nonsense compared to when it comes to health. Of course, there can be many factors in the development of diseases (heredity, professional, bad habits, etc.), but the older I become, the more I understand: the instability of psychological well-being plays almost the main role in the triggering mechanism of all diseases, including oncology, which is gaining speed more and more every day! You should think about it: what is your inner world like when you are worried or sad? The world is filled with gray colors. Take a deeper look inside yourself. Imagine what makes you happy and brings you a state of serenity and joy. Delicious food, sea, communication with beloved ones, travel, hobbies. Do you feel how the soul is filled with light and bright colors? We are able to help ourselves, help others, adding emotions and hobbies every day to a new color. The doctor does everything possible so that the patient gets out of the fetters of the disease, helping with all his might. Keep your inner rainbow alive!