Methods: The data for this unicenter, retrospective, observational study was collected from general hospital, Maharashtra, as patient data sheets and coronary angiograms (CAG) reports for a period of 1 year and 8 months. The CAG were studied for variations in main trunk diameter of coronary arteries and range of diameters of coronary arteries.

Despite significant advancement of technology in diagnosing and treating coronary artery disease (CAD), still it remains the single most common cause of death in both developed and developing countries. Worldwide, it is the third leading cause of mortality with an estimated 17.9 million deaths each year, representing 32% of all global deaths (1, 2). Literature evidently correlated the association of coronary artery diameter and the associated risks of CADs. Consequences from such associations and their related death rates can be avoided by understanding the risk factors (modifiable and conventional), coronary anatomy, and by conducting the simple procedures using coronary angiography or computed tomography angiography, and/or other intervention techniques. The most significant controlled (modifiable) risk factors for CADs were reported to be obesity, tobacco use, high blood cholesterol, hypertension, sedentary lifestyle, unhealthy diet, stress, diabetes mellitus, and dyslipidemia. Whereas, the risk factors that cannot be controlled (conventional) include age, gender, family history, and race (3).

At present, most of the available literature was reported to be conducted as post-mortem studies but very few in real life dimensions (5). So, real time data can be of great importance in deducing the new perspectives about the same data developed from post-mortems. One of the such outcomes include the correlation between the size of the coronary artery as an important predictor of outcome after coronary artery bypass graft surgery (CABG) and percutaneous coronary interventions (PCI) such as percutaneous transluminal coronary angioplasty (PTCA), stent implantation, and atherectomy. Data also suggests that coronary artery dimensions were largely influenced by the patients age, sex, ethnicity, and body mass index, etc. (5–8). The epidemiological data also showed a broad divergence in the prevalence and incidence of cardiovascular diseases in different countries (9, 10). From the literature, it was evident that heart disease was reported to be rare in black population (i.e., Africans, Caribbean’s), European Americans, and Caucasians compared to Indo-Asian population. It was widely believed with limited literature support that such high incidence of CADs in Indo-Asians might be due to the relatively smaller total vessel diameter compared to the other ethnic groups (black population, European Americans, and Caucasians) (9, 10).

By understanding these concepts and complex coronary artery branching structures, dimensions, and their variations, the cardiologists and clinicians can impart a great knowledge in differentiating the normal anatomy, variant anatomy, and anomalies of coronary circulation. Which in turn will help the entire clinical and non-clinical team to plan a safe interventional procedure during the graft surgery, stenting, or balloon dilatation (11).

The available data related to coronary artery dimensions in Indian population is limited (5, 7, 9, 12).

In the present study, we aimed to analyse and understand such data of primary variations of coronary arteries in real-time using angiography, by measuring and understanding the implications of variations in diameter of the main trunk and its range in Indian population.

The present study was a unicenter, retrospective, observational study. The data was collected from a general hospital in the state of Maharashtra, India. The patient data sheets and coronary angiogram (CAG) reports for a period of 1 year and 8 months were collected and analysed. A total of 400 CAGs of the patients were finalised. Inclusion criteria include the patients of ≥18 years, who were undergoing coronary angiography for diagnostic purposes. Whereas. As the patients of <18 years of age or with previous history of renal diseases, coronary angiograms with evidence of localised atheroma, coronary spasms, or a myocardial infarction with recanalization of the artery were excluded. Post data collection from the patient records, the patients were divided into two groups based on their angiograms - normal coronary artery anatomy and abnormal coronary artery anatomy. Physical, demographic parameters, risk factors of CAD and left ventricular ejection fraction were assessed. Later on they were analysed for common variations, and their significance to clinical events. The study was approved by institutional ethical committee and written Informed consent was obtained from the patients before study initiation.

The diameter of each artery was assessed and analysed by using a computer-assisted, automatic, SyncVision precision guidance system with quantitative coronary analysis software (QCA; Philips data system analysis, India) (13), which helped in measuring the lumen size rather than artery size. Further, the CAG were studied for variations in main trunk diameter of coronary arteries at distance of 0.5 cm from origin and range of coronary artery diameter. The SyncVision Angio and quantitative coronary analysis software automatically helped in calculating the lumen dimensions and stenosis in real time. Therefore, all the measurements and image analysis were overlooked by only one clinician.

In this single centre, retrospective, observational study, 400 conventional CAGs were observed. Of which, 383 angiograms were considered anatomically within normal limits while 17 angiograms showed anatomical variations in origin, branching patterns, bridging, and fistulas.

Of the 400 patients, 275 were males and 125 were females with a mean age of 56.23 (9.29) years (range 24–78 years). The most common presenting complaints among the patients were chest pain, dyspnoea, palpitations, sweating, and nausea. Majority of the patients belong to low socio-economic status with history of smoking, alcohol consumption, CAD, hypertension, diabetes mellitus, and dyslipidemia. On echocardiography, regional wall motion abnormalities were witnessed in most of the patients. The mean ejection fraction in the patient’s cohort was 53 (12) %.

Range of diameter of coronary arteries

The range in diameter of coronary arteries was widely observed. Where, the diameter of RCA and LCA were observed to be statistically significant (p <0.001) with a range of 1.8 to 6.2 mm and 2 to 7.3 mm, with majority of RCAs with diameter <4mm and LCAs - > 4mm (Table 3).

From the 1960s, anatomists and clinicians have been studying the coronary artery variations using various angiography techniques to determine the normality or abnormality of coronary arteries in normal population. However, outcomes from such studies have not established any consensus leaving high variability in their reports. Such variability in coronary artery dimensions’ data was observed to be mainly due to the age, sex, body weight, genetics, and ethnic/racial factors of the study population. On top, many of these studies were either injection studies in post mortem specimens or dissection studies, leaving a large gap in understanding the outcomes in real time patients.

Therefore, it is highly important to understand such variations in diameter of coronary arteries in identifying the abnormalities in real life and in planning a treatment procedure, in accordingly. From earlier reports, a strong positive correlation was reported between the age, sex or body surface area, and coronary artery dimensions. Multiple studies from literature have also established a reasonable correlation among these factors, mainly in terms of ethnic/racial factors. Outcomes from these studies have clearly reported that such difference in coronary artery dimensions between the Indo-Asians compared to the Africans/Caucasians/ European Americans is not because of the ethnic difference, but rather due to the generally smaller stature (slightly smaller body surface area) of Indo-Asian subjects (5, 7–9, 14, 15). Hypothesizing that, such smaller stature of Indo-Asians and their smaller coronary arteries might in turn would have led to some considerable clinical implications resulting in technical difficulties during the bypass graft and intervention procedures such as atherectomy, stents, PTCA, and CABG (8, 9, 14, 15). Reports from Zhou et al. have also supported and confirmed the hypothesis by confirming the diameter of coronary arteries and their inverse association with the severity of CAD (16).

Based on the published reports, clinicians started looking into multiple critical factors prior considering to undertake any clinical procedures, to avoid any clinical implications followed. As per reports, vessels <2.5 mm in diameter were reported to have higher rate of thrombosis or occlusion (17). In a vessel with smaller diameter, even a moderate plaque would cause significant obstruction with significant implications in coronary revascularization (9). Some studies have also investigated and confirmed such association between the coronary artery diameter and the higher frequencies/risk of concomitant diseases carried such as CADs (endothelial dysfunction), heart failure, and diabetes (16, 18). It was also reported that coronary artery diameter is inversely associated with perioperative mortality related to CABG and PCI (19, 20). The present study was intended to report and analyse such common primary variations of coronary arteries by angiography in terms of variation in diameter of main trunk and range of diameter in real life in Indian population. Along by ethnic/racial factors, gender was also to be a considerable factor. Where, women were reported to have smaller coronary arteries than men, as observed in our cohort (5, 19, 10, 15, 21–25).

Overall, results from analysis of CAGs have clearly showed a significant difference in mean diameter of LCA over the RCA, as reported in studies (10,22,23,25,26) (Table 4). Our results are in par with the reported literature and our study population is larger than previously reported.

The current study has certain limitations. This is an unicentric, retrospective study, hence cannot be generalised to overall population. The calculation volume and factors might provide more insights in understanding the anatomy of coronary arteries, which are planned in our future studies. The moderately high number of CAGs included in the study can be a positive strength of the current study.

From the study, it is evident that the diameter of LCA was significantly higher than RCA in majority of the CAGs. This data can be of great help to clinicians working with Indo-Asian population, where they can plan an appropriate interventional procedure as LCA is the major artery to present with stenosis.

Ethics: Ethics committee approval (IEC/DISS/52/12) was received for this study from the Ethics Committee of Lokmanya Tilak Municipal Medical College and General Hospital, India. Informed consent was obtained from patients before all procedures.

Acknowledgement: The authors would like to           thank Dean of the institute, colleagues, and all the participants contributed to our work

Funding: None to declare 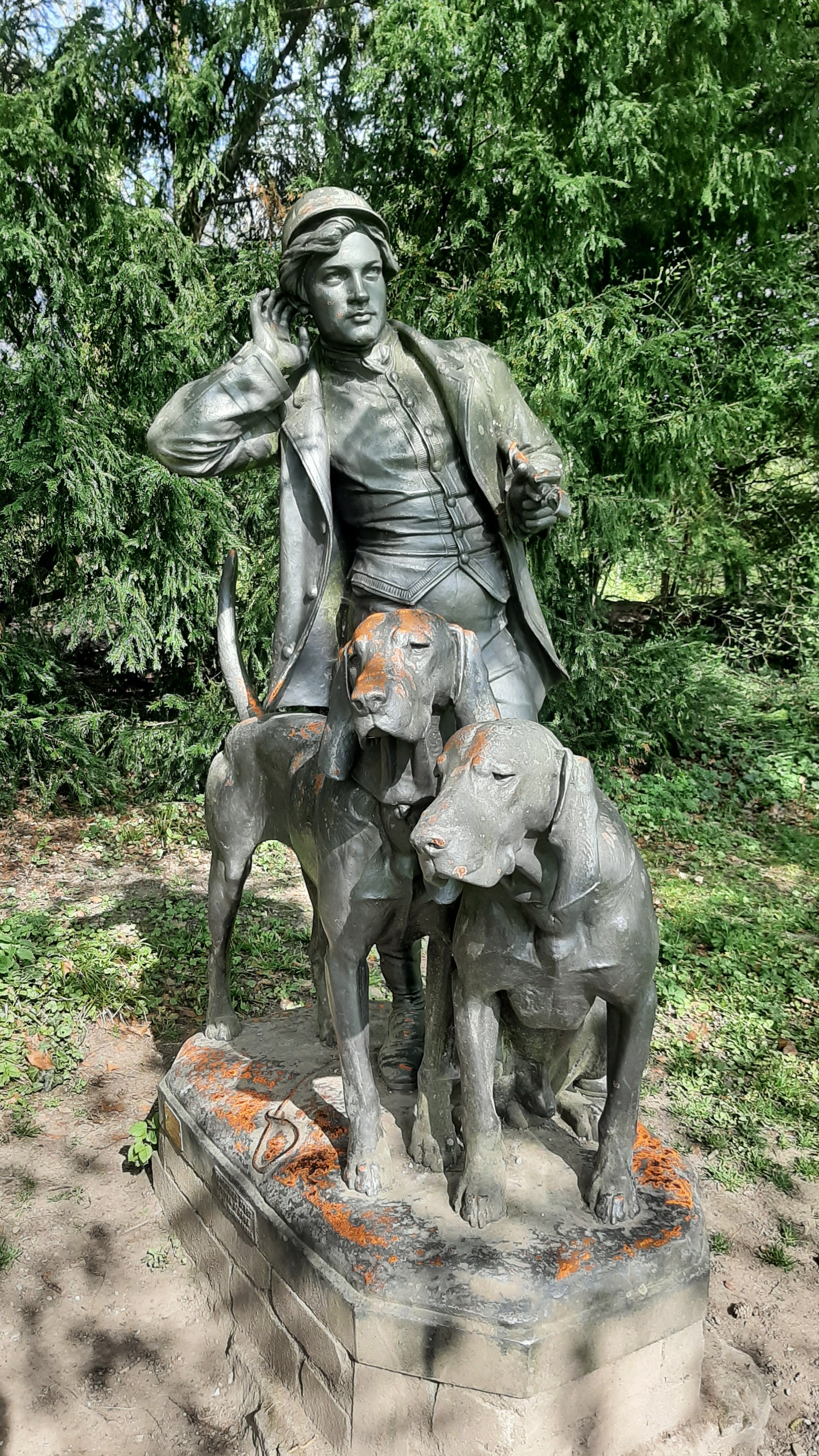