Primary cardiac sarcoma is known to have a poor prognosis due to late presentation, multiple metastases, and complications, challenging treatment options. We present a case of a 78-year-old female patient who was admitted to our hospital with progressive dyspnea and chest pain. Echocardiography revealed multiple masses of different shape and size in the left atrium, the left and right ventricles. Cardiac magnetic resonance confirmed multiple cardiac masses with signs of invasion in the myocardium and heterogeneous late gadolinium enhancement in all these masses. A biopsy of the abdominal mass revealed an undifferentiated pleomorphic sarcoma.

We planned chemotherapy and supportive measures. Before the initiation of the chemotherapy, the clinical situation worsened dramatically. Despite the pericardiocentesis, the patient died due to cardiac tamponade. An autopsy revealed a massive tumor in the interatrial septum and multiple metastases in both ventricles, lungs, and abdomen.

A 78-year-old female patient was admitted to our hospital with progressive dyspnea and chest pain, which occurred during minimal physical activity (chronic heart failure NYHA functional class III). She had been diagnosed with hypertension stage 2, diabetes mellitus type 2 several years ago. One year ago, she noticed the dyspnea and chest pain during physical activity. Two months ago, she had an episode of palpitation. The electrocardiography (ECG) revealed atrial fibrillation. Her sinus rhythm was restored with amiodarone. The echocardiography revealed an echogenic mass in left atrium. The myxoma was suspected. Coronary angiography was performed to exclude coronary artery disease. It revealed absolutely normal coronary arteries.

A round-shaped mass of 1.5 to 2 cm in diameter was palpated at the anterior abdominal wall (mesogastrium). An ECG upon admission to our clinic was normal. Two-dimension echocardiography revealed multiple masses of different shape and size in the left atrium, the left and right ventricles. 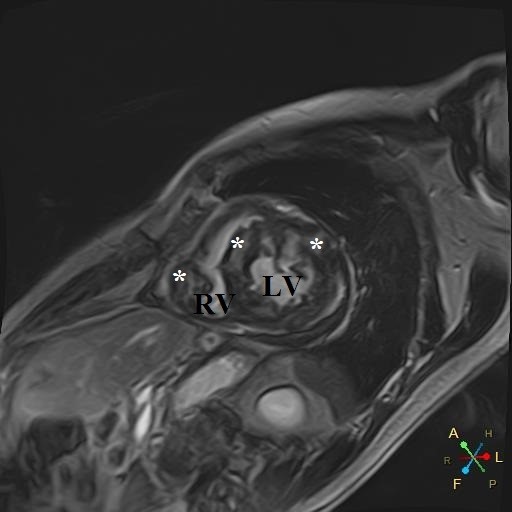 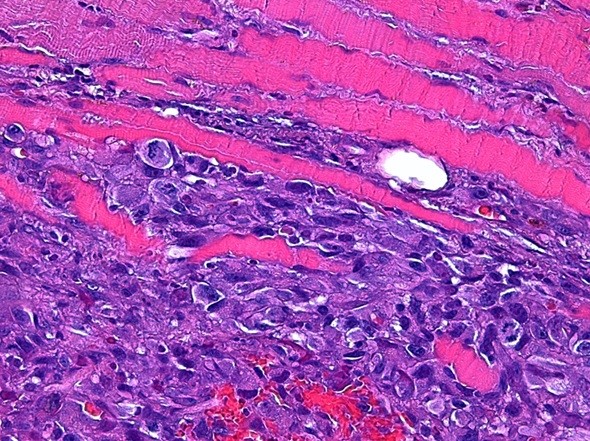 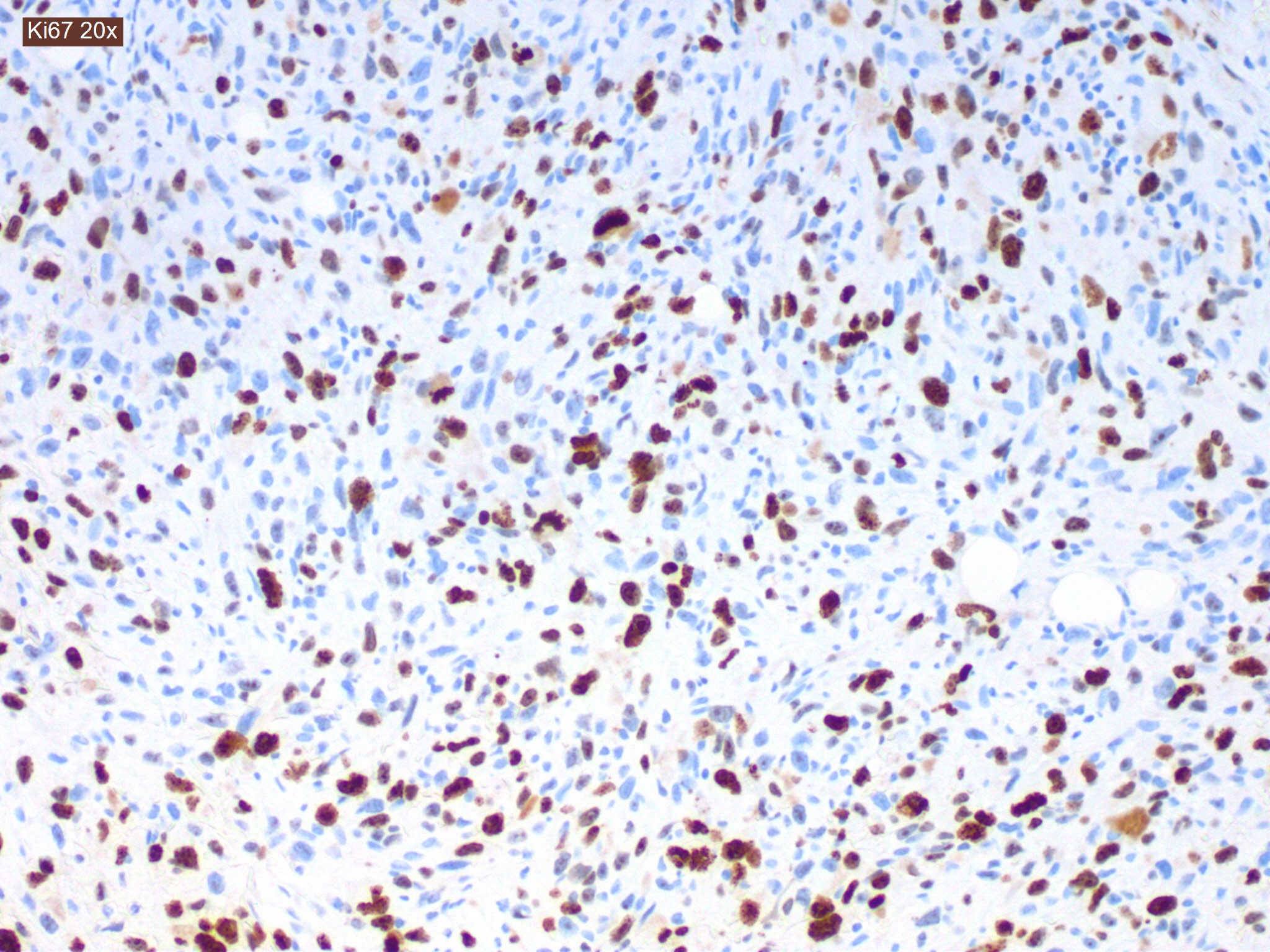 Because of the extent of the lesion site (left atrium and both ventricles), the only options for treatment were chemotherapy and supportive measures. Before the initiation of the chemotherapy, the clinical situation worsened dramatically. After the initial episode of severe dyspnea, the patient lost consciousness. The emergency echocardiography showed signs of cardiac tamponade. Despite the pericardiocentesis, the patient died.

An autopsy revealed a massive tumor in the interatrial septum and multiple metastases in both ventricles, lungs, and abdomen (Fig. 5).

Primary malignant heart tumors are rare conditions (1-3). Undifferentiated pleomorphic sarcoma (UPS) occurs in 12% cases of primary cardiac sarcoma (6). It is known to be a high-grade malignancy that proliferates rapidly. The median survival time is about 6-12 months (7). The mean age of UPS is known to be about 45 years (8). This case is unusual due to the very late occurrence and clinical presentation of the tumor.

UPS can cause different symptoms such as dyspnea, palpitations, or weakness. In some cases, the first presentations of the tumor can be arrhythmia, i.e. atrial fibrillation, or acute decompensation of patient status (i.e. acute heart failure, life-threatening arrhythmias or tamponade) (9). All these signs and symptoms are not specific. Sometimes UPS can be an accidental finding on echocardiography, computed tomography scan or CMR. In our case the patient had complex clinical presentation: dyspnea, chest pain and atrial fibrillation. Dyspnea and atrial fibrillation in our patient can be caused by diastolic dysfunction of left ventricle due to sarcoma invasion or mitral valve, and pulmonary veins obstruction.

The best treatment strategy is a combination of complete surgical excision, chemotherapy and radiotherapy (10). But UPS is a locally invasive tumor. This makes complete surgical excision often impossible. Even after the complete tumor removal, the relapse rate is very high (11). Heart or heart-lung transplantation can be an option, but this procedure does not significantly change survival and often has a high risk (12, 13). There are no exact protocols for chemotherapy and radiotherapy in such a case, different combinations can be used (14). 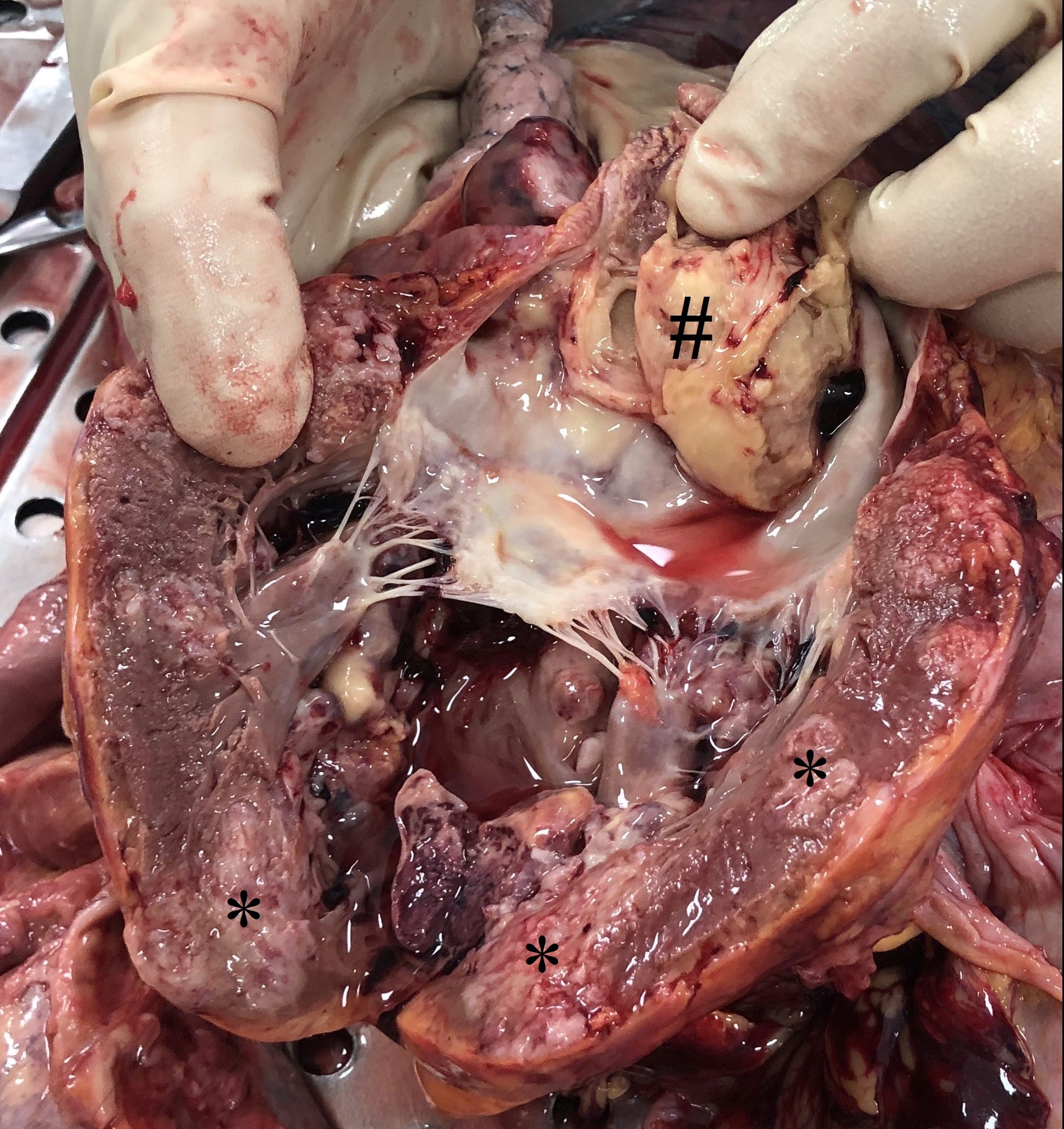 Our patient had a grave prognosis as she had multiple intracardiac and extracardiac metastases that made the surgical excision and heart transplantation unsuitable. Thus, we planned to perform chemotherapy. Unfortunately, the patient developed the acute cardiac tamponade that led to the death despite the pericardiocentesis. The acute cardiac tamponade is an extremely dangerous condition that can be caused by different reasons: cardiac muscle rupture due to myocardial infarction; coronary artery perforation, systemic disease and etc. The cardiac tumors should also be under the consideration.

Undifferentiated pleomorphic sarcoma is an extremely rare disease. Presentation of UPS can be different: from silent cases with accidental findings to acute deterioration (heart failure, arrhythmias, cardiac tamponade). Treatment is challenging and prognosis is often poor. The preferable treatment option is a combination of surgery, chemotherapy and radiotherapy.

Ethics: Informed consent and permission of patient was obtained for all procedures

Authorship:  S.Y. and A.K. are equally contributed to case management and preparation of article 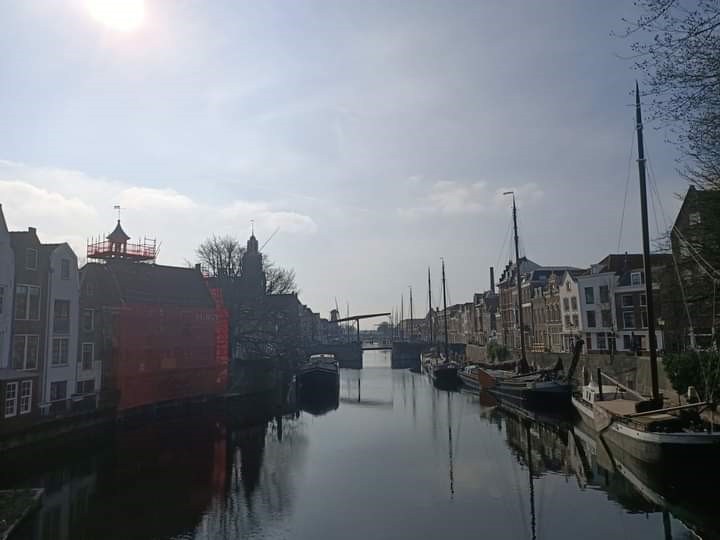