Methods: This prospective cohort observational study included 131 adult patients (113 males, 18 females, mean age 53.8 (8.6) years) who had been diagnosed with a new ST-segment elevation AMI (STEMI) in the emergency department. Cardiac enzymes were assessed by serial measurements. Blood samples obtained at 12 h post-AMI were included in the analysis. The reference value for CK-MB was 2–25 U/L, while for troponin it was - 0.1 ng/mL. Values above the reference limit were accepted as positive. Patients underwent cardiovascular magnetic resonance at 2 weeks and 6 months post-AMI. LV stroke volume was quantified as LV EDV – LV ESV, and ejection fraction (EF) was determined with the following equation: EF = [(LV EDV – LV ESV)/LV EDV] × 100. Adverse remodeling was defined based on the threshold values that are commonly accepted for changes in the LV end-diastolic volume (∆LV-EDV, >10%) and LV end-systolic volume (∆LV-ESV, >12%).

Acute myocardial infarction (AMI) causes functional and structural changes in the heart through complex mechanisms such as cell death, cytokine storm, and increased collagen production (1, 2). Cardiac enzymes are important diagnostic markers for myocardial damage (3). When the ischemic injury becomes irreversible, the intracellular acidosis and proteolytic enzyme activation cause the disintegration of the contractile apparatus and the release of high concentrations of cardiac troponin T (cTnT) and creatine kinase myocardial band (CK-MB) (4). The comparatively early clearance of CK-MB from circulation aids in the detection of re-infarction. For this reason, it has been recommended in the literature to evaluate cTnT and CK-MB fraction in the setting of AMI (5).

The resulting cardiac remodeling is an important predictor of heart failure and mortality (6-8). Cardiovascular magnetic resonance (CMR) imaging is the gold standard for determining myocardial function, myocardial mass, and scarring, and is increasingly used to assess cardiac remodeling (9). It is known that advanced radiological imaging is often not possible due to its high cost, patient noncompliance, and advanced renal dysfunction. Hence, simpler, cost-effective, easier, and more accessible methods are needed to predict left ventricular (LV) remodeling after AMI.

The  and CK-MB have both been associated with post-AMI cardiac injury, scar size, and adverse remodeling; however, it is unclear whether one is superior to the other (10, 11). Moreover, no studies could be found in the literature concerning the relationship between the cTnT/CK-MB ratio, and cardiac parameters and adverse remodeling after AMI.

This study aimed to investigate the relationship between the cTnT, CK-MB, and cTnT/CK-MB, and cardiac function assessed by CMR, and their superiority over each other in prediction of left ventricular (LV) remodeling in  AMI patients.

The study was designed in accordance with the declaration of Helsinki (as revised in Brazil, 2013) and Good Clinical Practice Guidelines. The study was granted approval by the local ethics committee. (Registration number: 26/06/13-106) All of the participants signed informed consent forms.

The prospective cross-sectional study included 131 patients (>18 and <70 years of age) who were admitted to the hospital with ST-segment elevation AMI (STEMI) for the first time and underwent primary percutaneous coronary intervention (PCI) within 12 h after the onset of chest pain. STEMI was defined according to the fourth universal definition of AMI and managed according to the latest European Society of Cardiology guidelines (12, 13).

Serial blood samples were taken (2–12 h) for biochemical analysis. The time dependent diagnostic performance of conventional cardiac markers for detection of massive acute and subacute myocardial infarction and minimal myocardial damage can change rapidly (14). It is shown that Up to 4 to 8 h after onset of symptoms the sensitivity of cTnT ELISA is about 92%; whereas from 12 h onwards the sensitivities of cTnT ELISA are close to 100%. CK-MB is initially most sensitive up to 8-12h (15). So, in this study, 12h cTnT/CK-MB ratio was determined as time course for the highest efficacy of the diagnostic sensitivity and specificity. Blood samples obtained at 12 h post-AMI were included in the analysis. Peripheral venous blood samples were taken from all of the patients and used for the complete blood count, blood biochemistry, and cardiac biomarker assessment. Hematological parameters were determined using a Horiba Pentra DX120 automated hematology analyzer (Montpellier, France), while for the biochemical parameters, a Roche Cobas C501 autoanalyzer (Basel, Switzerland) was used.

The CK-MB and cTnT levels were studied using the Roche Diagnostics Elecsys 2010 immunoassay analyzer and the reagents purchased from the same company.

The reference values were 2–25 U/L and 0.1 ng/mL for CK-MB and cTnT respectively. Values above the reference limit were accepted as positive. All the patients had positive cTnT- and CK-MB values 12h post AMI.

Patients underwent CMR  at 2 weeks and 6 months post-AMI. All of the CMR examinations were performed using a Magnetom Skyra 3-T scanner (Siemens Medical Systems, Erlangen, Germany). The CMR imaging protocol included one four-chamber view, cine short-axis sections (slice thickness 6 mm at 10-mm intervals), and one two-chamber view. The indices of the LV systolic function were evaluated with retrospective electrocardiogram-gated turbo-fast low angle shot (turbo-FLASH) sequence. Imaging parameters were as follows: echo time of 1.42 ms, repetition time of 39 ms, flip angle of 57°, and voxel size of 1.67 × 1.67 × 6 mm. The CMR images were transferred to a workstation. The LV end-diastolic volume (LV-EDV) and LV end-systolic volume (LV-ESV) were measured using Siemens syngo.via VA30 imaging software (Erlangen, Germany). The papillary muscles were excluded and the endocardial borders of end-diastolic and end-systolic phases of the short-axis stack images, which covered the LV from the mitral annular line to the apex, were manually traced. The end-diastolic phase was selected as the first phase of the cine images. The end-systolic phase was determined visually by identifying the end of the inward movement of the LV wall (16).

Adverse remodeling was defined based on the threshold values that are commonly accepted for changes in the ∆LV-EDV (>10%) and ∆LV-ESV (>12%) (17). LV stroke volume was quantified as LV EDV – LV ESV, and ejection fraction (EF) was determined with the following equation: EF = [(LV EDV – LV ESV)/LV EDV] × 100. Reverse remodeling was defined as an improvement in cardiac function and dimensions at six months follow up.

Statistical evaluation was performed using STATA (Stata Corp LLC, TX, USA) software. The normal distribution of the numerical data was evaluated using the Kolmogorov-Smirnov test. Normally distributed variables were presented as the mean (standard deviation, while non-normally distributed variables were presented as the median (minimum-maximum). Categorical variables were expressed as numbers and percentages. The student t and Mann-Whitney U tests were used to compare the numerical variables between patients with reverse and adverse cardiac remodeling. The Chi-square and Fisher exact Chi- square tests were used for comparison of the categorical data. In all patients, changes in the CMR findings were evaluated using the paired sample t test or Wilcoxon signed-rank test. Any correlations between the numerical variables were analyzed using Spearman correlation analysis. It was evaluated by mixed model analysis in repeated measures to identify predictors of changes in LV EDV and LV ESV at 6-month follow-up (dependent variables; ΔLV EDV and ΔLV ESV, respectively).  Variables that correlated with ΔLV EDV and ΔLV ESV from demographic and laboratory findings were included in the multivariable regression model. Logistic regression analysis was used to determine independent parameters for adverse remodeling, another important dependent variable. Demographic and laboratory findings that differed between the reverse remodeling and reverse remodeling groups were included in the multivariable logistic regression model. The effects of demographic characteristics consistent with traditional risk factors (age, sex, body mass index, hypertension, diabetes mellitus, hyperlipidemia, family history, and smoking status) were adjusted in both regression models (18, 19). Systolic and diastolic blood pressure, door-to- balloon time, symptom-to-balloon time, laboratory parameters, and cardiac output and cardiac index in CMR were evaluated as potential risk factors for adverse remodeling, ΔLV EDV and ΔLV ESV. Diagnostic value of cardiac markers was evaluated with area under the curve (AUC) value, 95% confidence interval (CI), sensitivity, specificity, negative predictive value (NPV) and positive predictive value (PPV) using receiver operating characteristic (ROC) curve analysis. The optimal cut-off point was determined using the Youden index. A p<0.05 was considered as statistically significant.

The increase in the ΔLV-EDV was more prominent in the female patients (6% vs. 1%, p = 0.036), whereas the ΔLV-ESV was not statistically different for the two genders (5% vs. 4%, P = 0.779). The ΔLV-EDV and ΔLV-ESV were not significantly associated with comorbidities. 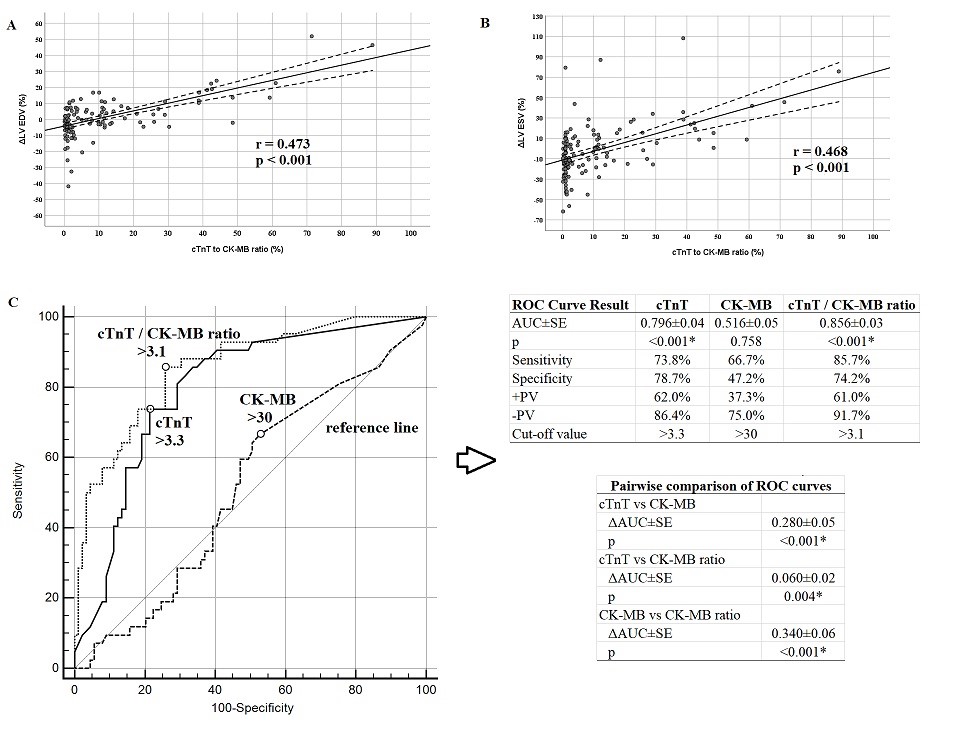 Figure 1. Relationship of the cTnT/CK-MB ratio with left ventricular function and diagnostic performance in adverse remodeling

In clinical practice, LV remodeling is often estimated based on enzymatic infarct size. The LV volume, which is strongly correlated with the post-AMI infarct size, is known to be affected by reverse remodeling (2, 20, 21). If the LV volume increases following AMI, the LV EF decreases (8). Therefore, ventricular remodeling is often evaluated based on changes in LV volume after AMI. However, it is clear that simple, cost-effective, easy, and accessible laboratory markers are needed to identify patients at risk of post-AMI ventricular remodeling. In this study, the prognostic value of the ratio of cTnT and CK-MB cardiac enzymes were examined, both of which individually showed high sensitivity and specificity in determining myocardial cell damage (22).

Previous studies have shown that peak cTnT, peak CK, and peak CK-MB after AMI are associated with infarct size, ventricular remodeling, and heart failure (23-26). CMR studies in STEMI patients have reported that cTnT was an independent predictor of the LV-EDV and LV-ESV indices (10), and predicted adverse remodeling (26). On the other hand, CK-MB often became insignificant in multivariate regression models (11, 26). In this study, peak (12-h) cTnT and CK-MB levels were positively correlated with the post-AMI ΔLV-EDV and ΔLV-ESV, and negatively correlated with ΔLV-EF. Moreover, the cTnT/CK-MB ratio was an independent predictor of the LV volume. These findings supported the fact that cardiac markers that reflect myocardial cell damage may also represent post-AMI heart failure. Our analysis demonstrated that the diagnostic accuracy of the cTnT/CK-MB ratio in predicting LV remodelling is more sensitive and specific than that of traditional cTnT and CK-MB alone. So, our findings may have important implications about the prognostic value of cTnT and CK-MB in clinical assessment.

The literature reported that a cut-off cTnT value of 3.26 µg/L can predict improved myocardial function with 80.9% sensitivity and 72.1% specificity (26). The findings herein regarding the performance of cTnT levels in predicting adverse remodeling were consistent with those presented in the literature. However, it was found that the cTnT/CK-MB ratio was superior to cTnT in predicting adverse remodeling in terms of the sensitivity and negative predictive value.

The major limitation of this study is that we did not calculate the infarct size and myocardial edema, which may have affected the relationship between the wall thickness and infarct size. Secondly, the definition of acute chest pain, which is necessary to determine the peak of cardiac markers (i.e., at 12 h), varied depending on the perception of the patients. Additionally, this study is exploratory and should be interpreted as hypothesis-generating analysis. There is need for larger studies which powered for clinical outcome.

In conclusion, the cTnT/CK-MB ratio >3.1 had a higher sensitivity and negative predictive value when compared to its components in predicting changes in the LV functions after STEMI, independently of the traditional risk factors. The diagnostic performance of the cTnT/CK-MB ratio may be superior to those of cTnT and CK-MB alone. The cTnT/CK-MB ratio can be used in clinical practice for risk stratification and treatment optimization. 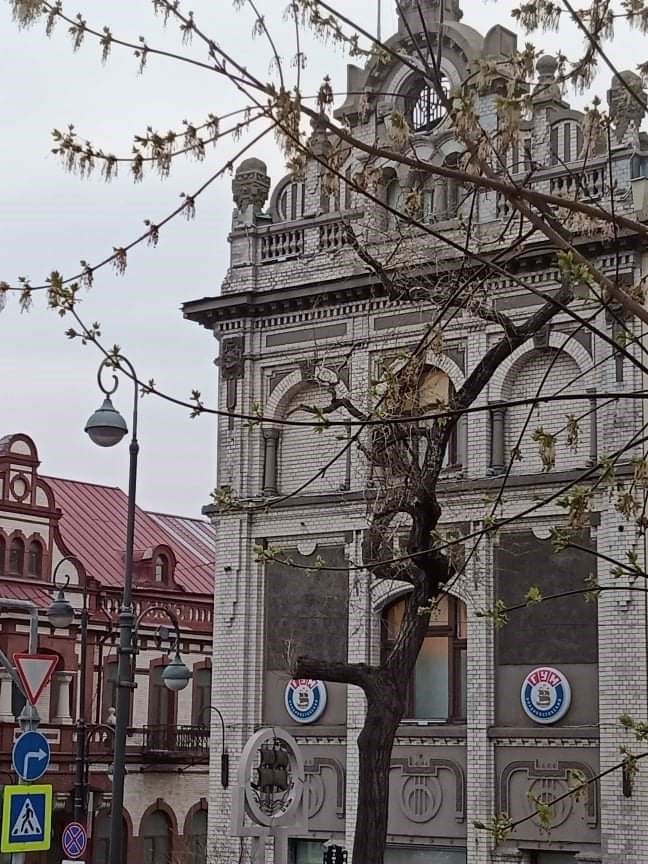